How is wind energy sustainable? 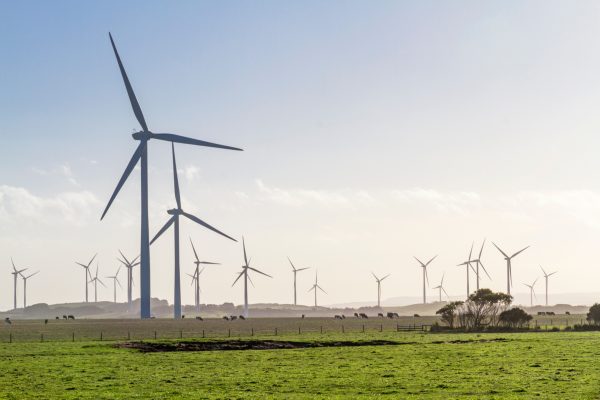 When people look at a wind power generator, what runs through their mind is a permanent source of clean energy. But is this image correct? Practitioners, policy makers, governments, and academics continue debating about the costs and longevity of wind energy and compare it with other sources. To demonstrate the sustainability of wind energy, this post digs down into the main criticism of wind energy before exploring the main sustainability factors.

Before diving deeper into the sustainability of wind power, it is prudent to look at concerns raised about its sustainability. Most of the concerns are unfounded, fueled by parties with interest in advancing interest in other sources of power such as petroleum, or simply lack the understanding of where the focus for sustainable energy is coming from.

This argument lacks merit because Modern windmills in the market today have a long lifespan of between 20 and 30 years. Besides, the driving force for wind energy during the industrial era and today are different. Indeed, the Holland that is used as a case sample by the proponents has invested heavily in wind energy. Today, there are more than 3000 wind turbines in the Netherlands that generate about 5% of the total energy going into the grid.

In Australia, the main criticism for wind-power was largely political. Between 2001 and 2006, the commitment to wind energy was the Mandatory Renewable Energy Target. But the political elite of the time thought differently. The government under the leadership of Prime Minister Howard wanted to focus on nuclear power and coal-fired stations. These options are expensive, take a lot of time to complete, and the impact on the environment is huge.

Why wind energy is sustainable

Wind is one of the fastest growing sources of clean energy in the globe today. The energy comes from the wind that is driven by temperature and pressure differences in the atmosphere. The wind rotates a windmill’s rotors that run a generator to produce electricity.

The most notable thing about wind production mechanics is that the carbon footprint is very low. Apart from the carbon released when producing the turbines, wind energy is clean and reliable. Here are other considerations that demonstrate wind energy is sustainable.

When exploring the sustainability of energy, it is important to start by checking on cost-efficiency. Wind energy is very cost effective. Today, land-based utility-scale wind-generated electricity are among the cheapest in the market. Depending on the nature of the windmill and particulars of the project, the cost could range between two and six cents per kilowatt-hour.

The main reason for this low cost of power is that the fuel running the system is free (wind) and the resource (windmill) keeps generating power over a long period of up to 25 years.

If you compare wind energy with other forms such as petroleum, coal and nuclear, it stands taller because it is sourced locally. Many countries today rely on petroleum that is imported from other nations. By producing wind energy locally, it implies that you have full control over it. Your country no longer has to grapple with fluctuating prices of the oil market.

To comprehensively understand the sustainability of wind energy, it is important to look at it from economic, social, and environmental viewpoints. From an economic point of view, wind energy is very useful in driving growth. For example, in the United States, the economic impact of wind energy is approximately $20 billion. The impact can even be bigger if the windmills are produced locally to create more jobs.

The biggest concern that is driving people to renewable energy sources is the fact that fossil fuels are finite. Wind energy is the primary alternative because it is infinite. As far as the sun is shining in the sky to drive pressure and temperature differences, the wind will always be there. Therefore, you can expect to always have electricity for commercial and personal use

Unlike other forms of energy such as coal that involve a lot of excavation and releases a lot of greenhouse gases, wind energy’s impact is negligible. The windmills can be installed in open fields, forests, and even offshore without damaging the environment.

The value wind energy as a viable source of energy has rarely been in doubt. With advanced technology, it is now possible to reduce the carbon footprint associated with windmills and enhance their sustainability. No matter the angle you look at it, the bottom line is that the sun will always be there to drive the wind and give you the energy you need for commercial or personal use.

About the Australian Cleantech sector

The future of Australian Cleantech sector largely depends on its ability to link with decision makers and investors to bring about measurable influence and mobilise its own growth.

The aim of the National Clean Technologies Conference & Exhibition is to provide a unique platform for the producers, stakeholders and commercial end-users of clean technology to come together. The program will focus heavily on commercialisation, creating effective business clusters, innovation case studies and success stories, investment/funding channels, innovation and trends. Our vision is that this event becomes the place for the Cleantech industry to collaborate, be educated, be inspired, find opportunity and most importantly, do business.

The conference will also attract stakeholders from across the Cleantech industry to initiate growth, revolution, and investment.

For more information visit www.nctce.com.au or subscribe for updates.