What is green transportation and how can it be achieved? 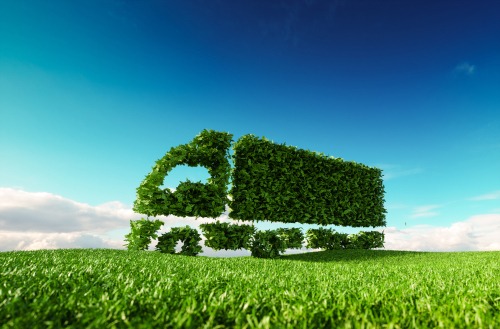 What is green transportation and how can it be achieved?

Transportation is a primary aspect of the modern world that people cannot live without. However, the transport systems in use today are associated with a plethora of problems such as environmental degradation, global warming, poor health, and the emission of greenhouse gases.

According to the Intergovernmental Panel on Climate Change (IPCC), transport contributes 23% of the total carbon dioxide emitted into the atmosphere. The main concern is that the emissions are expected to increase in the coming years.

Why are emissions from transport so high?

Why the high rates? What can be done about it? According to the UN Framework Convention on Climate Change (UNFCCC), there are two primary barriers to reducing greenhouse gases in general and in the transport sectors to be specific: high cost of transport-related clean technologies and lack of commitment by states.

For example, the Kyoto Protocol that came into effect in 2005 could only have a very limited impact because the efforts were largely directed at the developed countries.

Many states started pulling out arguing that it was not inclusive. The US never ratified the Kyoto Protocol while Japan, Russia, and New Zealand opted to withdraw from the second commitment period.

Modes of green transportation that you can use today

To address the problem of high emissions from the transport system, there is one reliable solution: green transportation.

Electric bikes provide a top option of green transport. The bikes only require light peddling to easily move from one point to another. In many cases, the speed of an electric bike is capped at 32 kilometres per hour (kph).  Currently in Australia riders do not need to have a driver’s licence but the electric motor must not be capable of generating more than 200 watts of power.

Instead of using fossil fuel, electric vehicles are powered by electricity. These vehicles run from a battery which can be recharged without releasing emissions. Using a recharging point  supplied by power from a renewable source such as geothermal and solar is optimal to make the vehicle really green.

These vehicles are engineered to operate on both electricity and petroleum. They generate electricity when braking and are very low in carbon emissions. The hybrid cars’ emission can reduce carbon emissions by 26-90% compared to standard cars. The only concern with hybrid cars and buses is that their batteries have negative environmental impacts.

Today, many governments around the world have demonstrated a commitment to support green transport through hybrid locomotives. According to the Australian Government Department of the Environment and Energy there is limited Australian experience with these systems at this stage, with only a few examples of implementation.  These trains operate like hybrid vehicles that use energy stored in batteries as opposed to burning fossil fuel.

In other cases, the trains use electrified rails where electricity is supplied via overhead lines. Given the right circumstances, green trains are becoming a reliable method of clean transport because they are fast and highly efficient.

As the impacts of global warming and greenhouse gases become clearer, the race to look for better solutions is heating up. Green transport has demonstrated the ability to cut carbon dioxide released into the atmosphere by a great margin. For example, an electric train is faster, more comfortable and efficient compared to the petroleum-fired model.

To make green transport a reality both individuals, businesses, cleantech clusters, governments and educational centres all need to play a part.

About the Australian Cleantech sector

The future of Australian Cleantech sector largely depends on its ability to link with decision makers and investors to bring about measurable influence and mobilise its own growth.

The aim of the National Clean Technologies Conference is to highlight all Cleantech growth areas including waste, water, energy, transport and built environment.

The conference will also attract stakeholders from across the Cleantech industry to initiate growth, revolution, and investment.

For more information visit www.nctce.com.au or subscribe for updates.